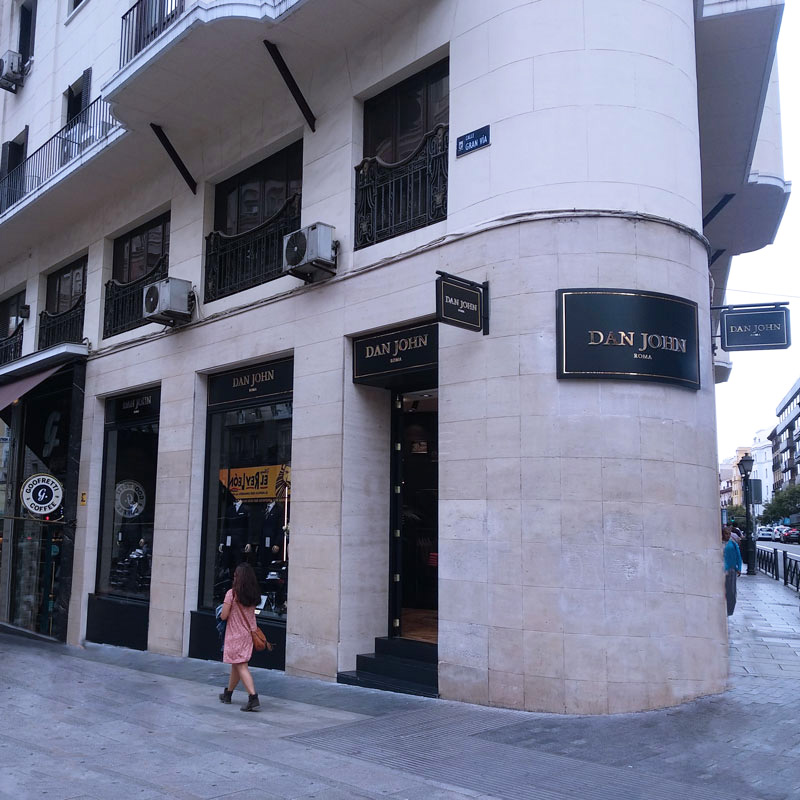 And there’s more! These three new openings in Madrid come at the same time as the beautiful 300 square meter flagship store inauguration in the elegant central Rue Neuve in Brussels.

Dan John’s openings in Madrid are the result of Josas’ exciting partnership with InMored, our Spanish partner of The International Retail Network, a company founded to support retail development of companies around the world.

For Dan John, four new single-brand stores establish the company’s goal of successful international expansion. In fact, the company’s ambitious retail development plan includes new openings in Germany, France, Portugal, and England in the coming months. Later, more locations will open in the USA, in the cities of New York, Boston, and Chicago.

WHO IS DAN JOHN

Founded in 2015, the Italian company is based on the concept on the Anglo-Italian style and the classic elegance of menswear at accessible pricing for high-quality fabrics. Its style originates from the English tradition and Italian taste.

The company’s numbers in 2018 included a turnover of 45 million euros, 53 points of sale and 200 employees. In 2019 the goal is to reach a turnover of 67 million and about 80 single-brand stores in Italy alone.

WANT TO MEET ONE OF OUR SPECIALISTS?